1887 Fine Art Painting
Along The Seine is a painting that Vincent van Gogh made in 1887. The Seine has been an integral part of Parisian life for centuries for commerce, travel and entertainment. Here Van Gogh primarily captures the respite and relief from city life found in nature.
A few of the paintings were made in Paris and the rest in the northwestern suburbs of Paris in Clichy and Asnieres. Through these works the audience can see a transition in Van Gogh’s work from one of dark colors and serious themes to more joyous use of color and light and choice of themes.
In the Netherlands Van Gogh was influenced by great Dutch masters as well as cousin-in-law Anton Mauve a Dutch realist painter who was a leading member of the Hague School. In Paris Van Gogh was exposed to and influenced by Impressionism, Symbolism, Pointillism, and Japanese woodblock print genres which were overtime integrated into his works. The spring of 1887 seemed to trigger an awakening within Van Gogh where he experimented with the genres to develop his personal style. 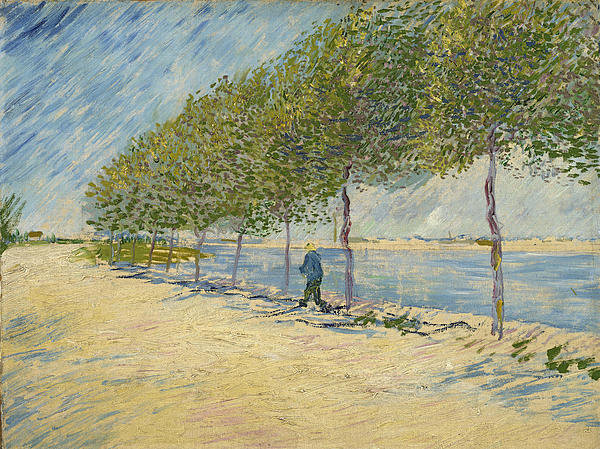